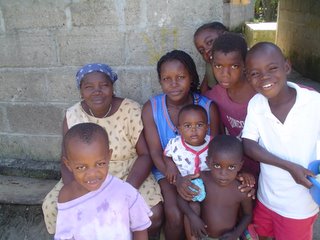 Welcome to the Operation Wallacea/Cayos Cochinos community project page. This site is designed to provide insights into community projects and to prepare visitors for their upcoming experience in Nueva Armenia, which will serve as the entry point to Cayos Cochinos. Operation Wallacea has worked with the Cayos Cochinos Foundation for the last three years. This will be the first year working directly within the community of Nueva Armenia. The purpose of the project is to provide direct support to the local communities while also serving to study and protect the ecosystems of the coral reefs of Honduras. Since this is the first time a project such as this has been initiated within the confines of Nueva Armenia, the community is very excited about the prospect and members look forward to meeting and sharing their community and culture with the world. 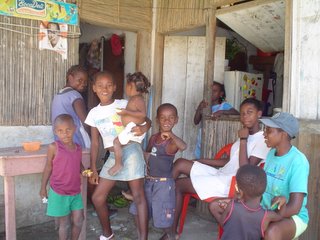 Community History
Nueva Armenia was founded in 1865. Located in the municipality of Jutiapa 42 kilometers from the city of La Ceiba, the community lies on the north coast of Honduras and is largely populated by Garifuna. Depending on road conditions, it takes approximately 1-1 ½ hours to arrive from La Ceiba.

Background
Garifuna first arrived on the coast of Honduras 209 years ago. There are several stories surrounding the arrival of the Garifuna but the prevailing sentiment is that the people originated from the island of San Vincent, which was under British rule at the time. Immigrants first came to the Bay Island of Roatan before eventually settling within north coast communities such as Trujillo and La Ceiba. The main source of income for Garifuna is fishing but fishing is not only the way to provide for the family but is also a way of life. The majority of activity is surrounded by fishing and agriculture. 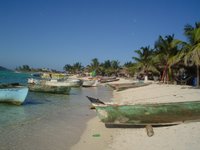 Relationship with Chachaguate
There is a close relationship with the coastal and island communities. All residents of the island communities have relatives or small casas típicas located in the coastal areas. The island of Chachaguate is most closely tied to Nueva Armenia. In fact, you may recognize some of the children who travel back and forth to both communities upon visiting Chachaguate. The island community of East End, located on the largest island of Cayos Mayor, is more closely tied to the coastal community of Rio Esteban. There is a primary school for grades 1-6 located in East End. Most students have the desire to attend high school but since there is not a high school within the island community or in Nueva Armenia, the costs of furthering their education is most time prohibitive. For the primary school in East End, the only way for students to arrive from the neighboring communities is by boat. Many times, the motor or boat doesn’t function. In fact, school for the island kids has yet to start since the boat had to be repaired. The boat is currently in dock in La Ceiba and it is hoped that by the first week of March 2006, the boat will be ready to transport youth to and from school. When there are problems with the boat or the motor, students cannot attend school. 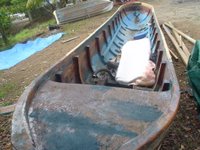 Present
The hardships of the community are many since they have been adversely affected by recent hurricanes and since Hurricane Mitch in 1998. However, the residents of Nueva Armenia are very resilient. There are 3,000 people living within and around the community. The community is a mix of Garifuna and Mestiso. Like most communities in Honduras, the government structure is one of a patronoto where a community leader is chosen to represent the needs of the pueblo (medical, infrastructure, etc) to the municipality. Along with the one elected leader, there is a panel of that assists the patronato in performing their duties.

Operating around this structure are various committees that affect the community: The United States Army assisted the community in building the medical center in 2004 and it provides medical assistance, albeit small, to community members. The health committee has approximately 30 members, mostly women and youth, which provide health education to the community-at-large. Currently, through the assistance of the Red Cross, the community has initiated widespread testing of HIV. This is a significant undertaking due to the significant population. However, given new and simpler testing procedures, the hope is to be able to test the majority of the residents. A recent study done by the UN suggested that within the Garifuna community, the presence of HIV is as high as eight percent of the total population. 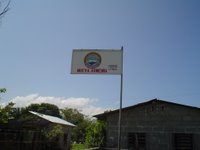 There is a school for children up to sixth grade. Like most Honduran schools, the needs are many and resources few. But the teachers are skilled and committed to providing the best education possible. After sixth grade, it is necessary to pay for education. Expenses include registration costs, books, school uniforms, and other various costs, which most families cannot afford, even though the costs are modest by U.S. or British standards. Operation Wallacea, along with the Foundation Cayos Cochinos, has recently begun a scholarship program to assist youth in attending secondary school as well as vocational school. The web link is attached which highlights the project with information of each current recipient. 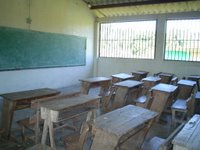 Agenda
Upon arrival in Nueva Armenia, you will begin to experience the Garifuna culture right away. Although the stay in Nueva Armenia will be short lasting only one night, there will be much activity. You will be welcomed into the community by members of the Garifuna Dance Group ‘Los Congrejos’ or ‘Primera de Mayo’. Both groups perform every year during Carnival in La Ceiba and also perform for private events. Thereafter, each person will be escorted to local housing where you will stay with a family of the community. Following a dinner of traditional rich Garifuna food such as chicken in coconut milk with plantanos ( a form of banana), beans and rice and salad, or fried fish, the highlight of the evening will be the Cultural Event which will last about 1 ½ hours. The next morning, you will depart from Nueva Armenia early to arrive in Cayos Menor, the scientific research station for the Honduras Coral Reef Fund. The trip will take about 30 minutes to cross, depending on the conditions of the sea an 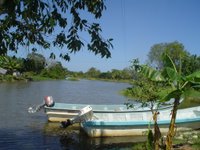 d crossing will be safely made in boats used by local fishermen.


Cultural Event
After dinner, you will be treated to a cultural event that will include more dances, a short play presented by youth from the local school, and a presentation by local artisans. There will be a $5 USD donation with the proceeds supporting the community health center, the local school, a scholarship fund to enable students to attend high school and eventually college, and the community clean up fund initiated by the youth group. 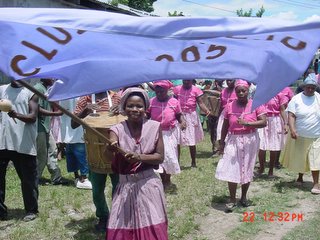 The history of the dance
Like many ethnic or indigenous dances, each dance tells a story of a legend or a certain even in history. One dance called Mascara tells the history of the Garifuna people when the British came to colonize the island of St. Vincent. Mascara describes the battle that took place between the two groups. It is called Mascara (mask) because the men dressed up as women to catch the British off-guard. When the British saw what looked like a group of women, they let down their guard and the Garifuna men attacked and defeated them. 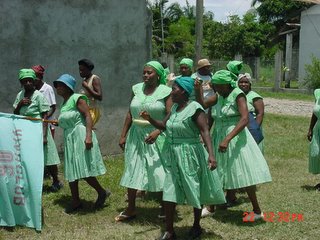 Youth Theatre Group
There is a group of 15 youth from the community who have formed a theatre group. The current performance focuses on HIV/AIDS and AIDS prevention. The prevalence of HIV is high in Honduras, especially amongst the Garifuna population. Given the recent studies, it is imperative for all members of the community to be involved in raising awareness. The youth took this initiative on their own accord and have performed in communities around the north coast of Honduras.

Local Artists
Local artisans make a variety of products, including necklaces and bracelets made from shells and other materials that can be found near the sea. Also, you will find dolls, tambores or drums typically used by Garifuna during celebrations, t-shirts, as well as an assortment of woven baskets and hats. 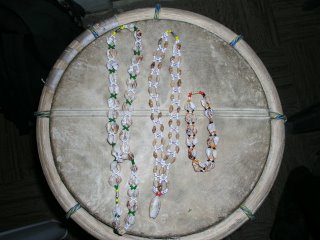 Summary
The communities of the Cayos Cochinos and especially Nueva Armenia welcome you. Members will do everything possible to insure your stay is fun and productive. Should you have any questions prior to arrival or should you like additional information, please contact Anthony Ives at luckyp49@yahoo.com.
Posted by Garifuna World at 12:00 PM

Hello everyone, really dreams do come through, i no longer have to apply for loans and worry over my bad credit scores, i got my blank ATM card after so many trails all thanks to Mr George, if you are thinking if its actually real the answer is YES. Mr George is very good at his job i applied for the card and got it shipped to my country 5 days later and i have been using the card for two months, withdrawn a total of €30000 its totally untraceable, my life has transformed from paring an apartment in the slums to purchasing an executive condo with luxury furniture's and now my children can now attend quality schools, Mr George is an angel sent from God to the poor and needy. i am writing this with tears of joy as Mr George has removed my family from the life of want to the life of satisfaction. you can contact him through this email: blankatm402@gmail.com
BEST WISHES 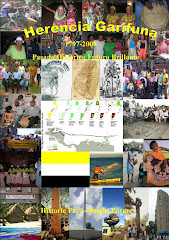